On June 26, the Georgia General Assembly completed the 2019-2020 legislative term—bringing to an end the strangest session in memory. Despite the challenges of steep budget cuts and the COVID-19 pandemic, this has been one of the most successful terms for protecting Georgia’s environment since the Georgia Water Coalition began its work nearly 20 years ago. The tireless efforts of GWC’s lobbyists, advocates and members are a big part of the reason for this success.Thank you to each and every member for your emails, texts and calls to and visits with legislators throughout the session. And special thanks to GWC’s lobbyists who returned to the Gold Dome in the midst of a pandemic to advocate for us all.

The Trust Fund resolution passed! GWC has worked for more than a decade to advance this constitutional amendment to restore honesty in our state government. Over the years, the state has raided “trust funds” like the Solid Waste and Hazardous Waste funds that allow state and local governments to address tire dumps, repair problems at landfills and remediate hazardous waste sites. HR 164 allows Georgia voters to amend our state constitution and require that fees collected for these purposes go to the trust funds. This November, vote YES to restore the trust in trust funds.

The constitutional amendment will allow the General Assembly to require that government collected fees – like the $1/scrap tire fee – are used for their stated purpose.

The ballot question will read: “Shall the Constitution of Georgia be amended so as to authorize the General Assembly to dedicate revenues derived from fees or taxes to the public purpose for which such fees or taxes were intended?”

In 2020, Georgia passed its first law addressing the threats posed by the long-term storage of toxic coal ash. We should celebrate this victory while recognizing that much more must be done to address the planned permanent storage of this dangerous waste in unlined pits alongside a number of Georgia’s rivers. We need a law that requires excavation and disposal of toxic coal ash in permitted, lined landfills away from our groundwater and surface water resources.

SB 123 closes a coal ash loophole that currently encourages out-of-state coal ash dumping in Georgia’s solid waste landfills. The bill would raise the surcharge that local governments can charge per ton of coal ash from $1 to $2.50, in line with the surcharge on regular household garbage.

An amendment to the bill added tangentially related language that restores the full fees paid by Georgians into the Solid and Hazardous Waste Trust Funds. Thanks to the passage of HR 164 in March, we are supportive of restoring these fees, and will be calling on all Georgians to pass the constitutional amendment in November that will ensure these fees are exclusively spent on programs for which they are collected.

While it crossed over to the Senate and was voted out of the Senate Natural Resources Committee, HB 93(Rep. Rick Williams) ultimately failed to move out of Senate Rules and get to the floor for a vote.  HB 929, which would have required long-term monitoring of groundwater around coal ash ponds, failed to receive a vote out of Senate Natural Resources.

GWC is celebrating the non-passage of HB 545, which would have eliminated existing protections offered to farmers and rural property owners under existing Right to Farm Law. Following a last minute Senate floor amendment that mitigated some of its most damaging provisions, the bill passed the Senate with just enough yes votes to move back to the House. Fortunately, the House declined to act on the bill and it failed to pass on Sine Die. You can read the bill as amended here.

Legislators in both parties recognized the significant ways this bill diminished property rights among long-time Georgia property owners. There is no good reason to eliminate the existing law, and certainly no need to alter statute of limitations for nuisance lawsuits in a way that encourages and protects new large-scale industrial livestock operations to the detriment of existing farmers and property owners and potentially our creeks and rivers.

We expect this attack on rural property rights will return in 2021 and GWC will continue to oppose these efforts to strip existing rights from our local farmers and rural neighbors.

Thanks in large part to grassroots efforts by coastal Georgians, SB 384 was voted out of the House Natural Resources Committee on June 25. Unfortunately the bill ultimately stalled in House Rules and did not make it to the House floor for a vote.

Sen. William Ligon introduced SB 384 which would prohibit any new landfills within 3 miles of coastal blackwater rivers, including the Satilla River. This bill is a necessary step to recognize Georgia’s blackwater rivers as vital areas of the state, and GWC hopes it will be revived and enjoy similar bipartisan support in 2021.Learn more here.

A group of private investors, Brantley County Development Partners, LLC is trying to build a solid waste handling facility near the Satilla River in Brantley County. The proposed 463-acre site is covered in wetlands, and the surrounding areas are prone to flooding. The proposed site backs up to a residential neighborhood and sits between two elementary schools.

The proposed project risks contaminating groundwater, as the groundwater table is only one foot below the ground surface in some places. Other risks include surface water contamination from runoff from the site and increased flooding of surrounding properties. There has been extraordinary opposition to this proposed landfill from local residents and Satilla River enthusiasts from around the state.

The Brantley County Development Partners, LLC applied for a solid waste handling permit in 2016. In December 2019, the Environmental Protect Division (EPD) released Draft Site Limitations for public review and comment. The draft was inconsistent with local limitations set forth in Brantley County’s Solid Waste Management Plan, and EPD and the applicant failed to accurately account for private drinking water wells that surround the proposed site.

Satilla Riverkeeper and a local grassroots group, “Don’t Trash Brantley,” helped empower local citizens to voice their concerns and provide additional information to EPD. Over 9,500 public comments were submitted to EPD on the Draft Site Limitations. Despite all of this, EPD finalized the site limitations without adequately addressing the public’s concerns in a Site Suitability Notice on May 28, 2020.

This year, Senator William Ligon (White Oak) introduced a bill that would prevent any new landfills within 3 miles of blackwater rivers entirely within the coastal plain of Georgia. Residents from Brantley County and concerned voices from across the state spoke up loudly and passionately in support of this bill. Thousands of emails and phone calls reached representatives, and it seemed the only opposition to the bill was from the investors endeavoring to build the landfill in Brantley County. The bill passed the Senate, but got stuck in the Rules Committee in the final day of the legislative session in July.

The fight is not over yet, and there is still opportunity to prevent this poorly sited proposal, and Satilla Riverkeeper is continuing to address the issue from every possible angle. 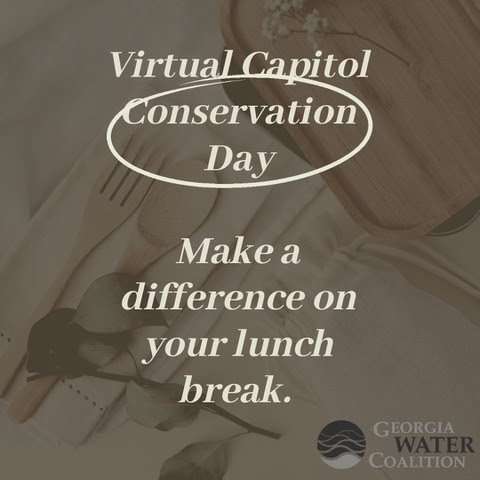