Through compelling stories from Southerners of all walks of life, Broken Ground shows the real-life impacts of environmental policies for individuals and communities who, when forced to bear the brunt of bad decisions, often become unlikely heroes as a result.

“When you start to chip away and get at what’s behind bad environmental policies, that’s where you often find the real story,” said Claudine Ebeid McElwain, host of Broken Ground. “Understanding why we are making bad environmental choices locally, regionally, and nationally is how we figure out what needs fixing.”

Over the course of four episodes, the first season explores the past, present, and future of energy decisions across the South. From the environmental and personal costs, to the ongoing threat of bad decisions, to our future possibilities, Broken Ground shines a light on the people and stories at the heart of the matter.

The first episode of Broken Ground revisits one of the worst environmental disasters in American history, when a man-made, earthen dike holding back millions of gallons of coal ash sludge broke at the Tennessee Valley Authority’s Kingston coal plant in 2008. The horrific event inundated a small community with coal ash that devastated residents’ properties and nearby waterways. However, it took nearly a decade to uncover the full damage of this spill when it became apparent that workers tasked with cleaning up the coal ash were becoming sick and dying.

“Storytelling is one of the most important tools we can use to shed light on how environmental issues affect all of us,” said April Lipscomb, Staff Attorney in SELC’s Atlanta office. “Our hope is that through this podcast, we can elevate Southern voices and inspire others across the South to share their personal experiences with decision-makers to influence change.”

Broken Ground can be found on iTunes, Spotify, or wherever listeners consume their podcasts.

Click here for the pdf of the slide deck.


Please RSVP for the press conference using the form below.

Vote YES on Amendment One!!!

The Georgia Outdoor Stewardship Amendment is on the ballot on November 6 as Amendment One. Georgians now have a chance to dedicate funding for conservation and it can be done without a tax increase!

The amendment will allow a portion of the existing sales tax we are already paying on outdoor sporting goods to the protection of the state’s land, water, and wildlife.

Over $20 million would be dedicated every year for the next ten years. This funding could not be used for any other purpose and would be subject to strict accountability provisions and public disclosure. Only projects consistent with the state’s established goals for conservation would be approved.

If passed, this funding would be used to:

• Protect lands critical to clean drinking water and the quality of Georgia’s lakes, rivers and streams
• Acquire and improve parks and trails
• Maintain and improve access to wildlife management areas and create new opportunities for hunting and fishing
• Support Georgia’s $27 billion outdoor recreation industry
We need your help to get the word out so that we can pass this historic Amendment. Please forward this email to everyone you can and let people know this is a chance we will have only once in a generation. Learn more at https://www.georgiaoutdoorstewardship.org/

Several months ago, the Trump administration began its efforts to strip away long-standing clean water protections by proposing the suspension of standards under the Clean Water Act. The proposed 2-year suspension of the protections provided by the 2015 Clean Water Rule was the EPA and U.S. Army Corps of Engineers’ first step in a coordinated series of attacks.  Conservation groups argued before the U.S. District Court in Charleston that the agencies illegally refused to explain their rationale for the suspension and denied meaningful public comment. The court agreed, adamantly rejecting the agencies’ approach.

The ruling ends the EPA and U.S. Army Corps of Engineers’ suspension of clean water protections under the Clean Water Act and puts the Clean Water Rule back in effect for more than half of the country. This ruling does not apply to 24 states where other legal challenges are pending, including Georgia.  This win is important on its own, and perhaps even more so in preparation for impending efforts to permanently repeal the Clean Water Rule.

The Trump administration has already prepared a proposed rule that would degrade our rivers and streams that is expected to be released for public comment within the next two months. Under this proposal, which is backed by industrial polluters:

We can’t afford to let the Altamaha, St. Marys, Savannah, and Georgia’s other rivers become polluted. We have worked too hard to keep these waters clean, and we are prepared .

But it is not enough to strike the administration in court. Communities across the South are fighting against big polluters and bad politics to make sure that toxic pollution stays out of our waters and basic, long-lasting protections remain in place. Georgians must engage in concerted outreach efforts to enlighten our members and the public at large that we can’t take our cherished waters for granted.

Do you want to get involved in the defense of the US Clean Water Act? Contact Bill Sapp at SELC.

For decades, Georgia Power has stored toxic coal ash in ponds beside the rivers, lakes, and streams we depend on for drinking water and recreation. Under Federal regulations and a recent court decision, coal ash can no longer be stored in wet ponds. Closing down these leaky, unsafe ponds is a good first step for treating coal ash waste. Georgia Power plans to close all of its coal ash ponds by draining the water from the ponds and either covering up the ash in place or excavating it and moving it to dry, lined storage.

The excavated coal ash waste is being transported to lined landfills on Georgia Power’s property or to Municipal Solid Waste Landfills (MSWLs) across Georgia. Out-of-state utilities can also ship their coal ash to Georgia’s MSWLs, many of which are not designed to handle this toxic waste.

Now, thanks to a terrible provision snuck into legislation in the final days of the 2018 legislative session, Georgia Power has ensured that Georgia’s MSWLs will remain the Number One destination for out-of-state coal ash for at least the next seven years.

At the Georgia General Assembly in 2018, much-need legislation was introduced to increase “host fees,” which are fees paid to local governments in which MSWLs are located. The fees help local governments pay for services that mitigate the impacts that these large landfills may have on their communities. Georgia’s host fee has long been one of the lowest in the nation, stuck at $1 per ton of waste delivered to the landfill. House Bill 792 sought to raise the host fee to $2.50 to better reflect the costs incurred by these local governments in which MSWLs operate.

Unfortunately, Georgia Power decided it would not abide this increased fee, particularly while it is undertaking the largest consolidation and transfer of coal ash waste in state history. The utility frantically lobbied to freeze the fee increase so it would continue paying just $1 for coal ash waste sent to MSWLs. Georgia Power sought to delay the fee increase until after it has completed its efforts to close and consolidate its coal ash ponds and transfer millions of tons of the waste to MSWLs across Georgia.

However thanks to the United States Constitution, this kind of handout is only legal if it applies to all similarly situated entities across state lines. This means that Georgia’s abysmally low host fees would be frozen for allcoal ash waste shipments to Georgia landfills, whether the toxic sludge comes from Georgia or Florida or any other state. Thanks to its hold on our state legislators, Georgia Power succeeded: the host fee is frozen at $1 for all types of coal ash waste until 2025.

The message was received loud and clear: Georgia is the Southeast’s regional dumping ground for coal ash waste. We are sure to remain the cheapest option for utilities seeking to dispose of millions of tons of coal ash sludge well into the next decade.

There are currently six (6) MSWLs permitted by the State EPD to accept and store coal ash waste. These landfills are scattered across the state and situated along a variety of Georgia’s beautiful river basins.

Our elected officials must take legislative action to undo this egregious violation of the peoples’ trust. HB 792 sought to increase landfill host fees to allow local governments to mitigate the impacts these MSWLs have on their communities. Instead special interests hijacked the legislation and incentivized the shipment of millions of tons of out-of-state toxic waste into these counties.

When the 2019 session of the Georgia legislature convenes in January, the GWC Legislative Team will work to convince our state leaders to repeal the provision that gave Georgia Power and out-of-state waste generators this free pass to dump coal ash waste on Georgians. 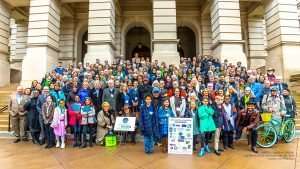 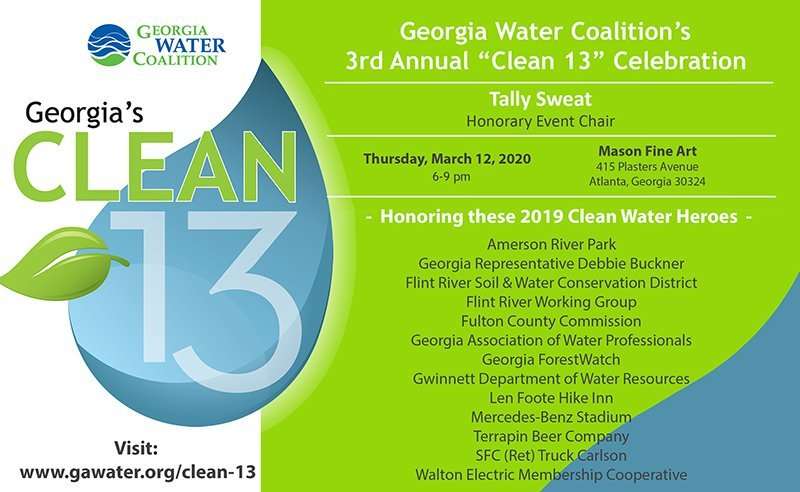